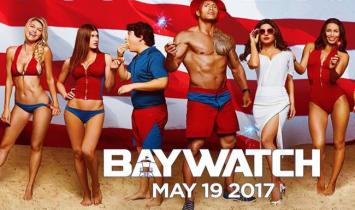 Along with the feel of a buddy comedy, the trailer brings us Alexandra Daddario and Kelly Rohrbach doing a staple of the TV series: the slow motion Baywatch run.