WWE's Pat Patterson Comes Out: 'I Survived All This, Being Gay' 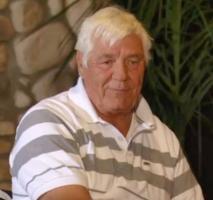 WWE icon Pat Patterson, who was the first intercontinental champion, has came out as gay.

The 73-year-old kept his sexuality a secret throughout his career but finally made the revelation on the WWE's reality show, 'Legends House'.

"From where I come from, I had nothing, no family, no money, and I ended up with Vince McMahon. To me, that was the biggest achievement of my life," he said. "But there's more to that."

"Sitting here tonight, I'm going to say something I would never want to say. For once in my life I'm going to be me. I survived all this being gay."

"I lived with that for 50-some years. I had a friend with me for 40 years and I lost him because he had a heart attack," he said tearing up. "It's tough guys, It was tough."

"I gave my life to the business. I don't regret nothing, and for the rest of my life I want to be happy."

Patterson was inducted into the WWE Hall of Fame in 1996. He also helped create the Royal Rumble event and serves as a WWE executive.