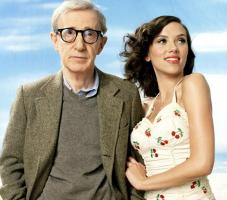 Woody Allen had to endure a rape joke comparing him to Roman Polanski at the opening of the 69th annual Cannes International Film Festival.

"You've shot so many of your films here in Europe, and yet in the US you haven't even been convicted of rape," said French comedian and master of ceremonies Laurent Lafitte, according to THR.

The jab compared Allen to Roman Polanski, who has escaped extradition to the US from Poland over charges dating back to the 1970s for unlawful sex with a minor.

"Thank you for coming tonight sir," the master of ceremonies also said to big applause. "Although it's the least you could do. Your film isn't even in competition. What's the worst that could happen? Or that it's not as good as Manhattan."

) were walking the red carpet.

"Ah, the Cannes festival. I've dreamed of it since I was a small child... until I saw Paris Hilton walk the red carpet."