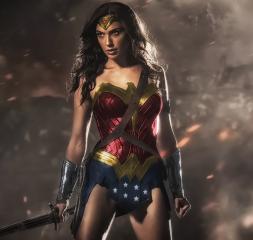 'Wonder Woman' has surpassed the original 'Spider-Man' as the top earning superhero origin film of all-time at the box office.

That also makes it the highest earning film domestically and second highest worldwide in the DC Comics Extended Universe. Although it will also probably take over that honor before all is set and done.