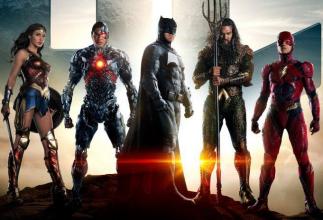 Gal Gadot's Wonder Woman is the glue that holds the team together in a new 'Justice League' promo squarely focused on the superhero.

The two-minute featurette explores Diana from her Themyscira origins to her role in the assembly of superheroes, along with cuts of some fantastic action sequences.

"She grew up isolated from the world of men," Gadot describes. "She's super smart, super sophisticated, full of hope. She's the most talented warrior but at the same time doesn't care for the fame or the glory. She partners with Batman to unite the League."

'Justice League' is less than a month away and set to be released on November 17, 2017.