'Will & Grace' Promises To Be 'Exactly the Same' In Latest Promo 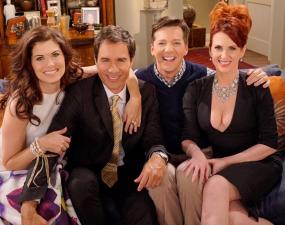 NBC has already said 'Will & Grace' will ignore what happened in the series finale and in its latest upbeat promo for the return of the series, producers are promising the comedy will be "exactly the same."

Megan Mullally, who plays Karen, says she thinks the episodes they've shot are just as good as any they've done if not better.

Sean Hayes' Jack is still as selfish as ever and Eric McCormack and Debra Messing's Will and Grace are still close friends trying to figure out their lives.