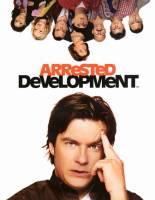 Since Will Arnett never seems to pass up an opportunity to publicly embarrass Jason Bateman, the 'Lego Batman' star shares the actor's photos from decades ago in a magazine called 'Teen Beat'.

Arnett, who is seriously tanned, and Conan O'Brien laugh about his 'Arrested Development' co-star posing with an apple in his land and leaning on a ladder.

"It's just the way to keep him in line, you know," explains Arnett. "Because he can get a little big headed, you know."

"That's actually not true," he laughs. "He's such a sweet guy! I just do it to totally torture him."