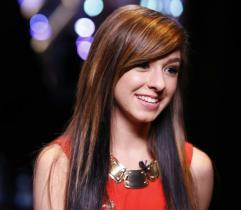 'The Voice' alum Christina Grimmie, 22, was shot dead Friday when a gunman opened fire as she signed autographs after a concert in Orlando,

According to Orlando police, the concert ended at 10 PM and while Grimmie was on the floor, the gunman identified as Kevin James Loibl walked up and shot her. At a news conference Saturday, police said Loibl was carrying two extra magazines of ammunition and a hunting knife.

Grimmie's brother immediately tackled Loibl, and during the subsequent struggle, Loibl shot himself. Marcus is credited with preventing the other 120 people from being injured.

"Very heroic actions by Marcus Grimmie to jump in and it definitely could have prevented further loss of life," Mina said.

Police believe Lobi raveled to Orlando to specifically attack her although they haven't said why.

"She was doing a meet-and-greet, just signing autographs and selling merchandise. This white male approached her and opened fire, striking her," said Orlando Police Chief John Mina. "We believe he came here to commit this crime."

Grimmie finished in third place on the NBC singing competition in 2014, competing on the team of Maroon 5 star Adam Levine.