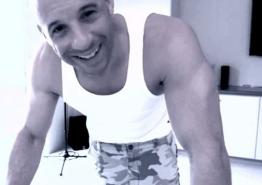 Vin Diesel has announced that he's honoring Paul Walker in yet another way by naming his daugther after his late friend.

"While I was in the hospital, the name that I will give you is... I named her... I named her Pauline," Diesel said on the 'Today' show.

"There's no other person that I was thinking about as I was cutting this umbilical cord," Diesel said.

"I just thought... I knew he was there and it felt like, you know, a way to keep his memory a part of my family and a part of my world."

Diesel and model girlfriend Paloma Jimenez are already the parents to daughter Hania, 6, and son Vincent, 4.

Diesel has often talked about the close bond he shared with Walker and referred to him as his brother in an emotional speech before the film's screening in Los Angeles.