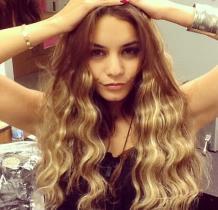 ) has agreed to pay $1000 in restitution for carving a heart into a red rock wall in Sedona, Arizona, during a Valentine's Day trip with her boyfriend.

Authorities began investigating Hudgens after the actress posted the photo of a heart carved into red rock on social media.

The carving included the names Vanessa and her boyfriend Austin Butler. The photo was quickly deleted but not before police were alerted to it.

Hudgens admitted to authorities she used a rock to scratch the names and the heart and gave authorities information on where to find it.

So Hudgens got off relatively easily on the misdemeanor. The money will be used by Friends of the Forest to remove the carving from the rock wall and raise awareness.