Vanessa Hudgens To Star In DC Comics Based 'Powerless' On NBC 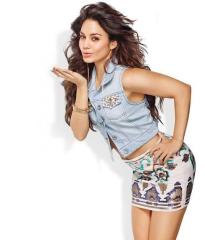 Hudgens will play Emily, an insurance adjuster who specializes in damage caused by superheroes.

She becomes a hero in her own right after holding a crime-fighting crusader accountable for the damage and inconvenience to regular citizens.

The actress has starred in the 'High School Musical' movies, 'Bandslam' and 'Beastly'. However, this will mark her first leading role on a television series. 'Community's Danny Pudi, Alan Tudyk and Christina Kirk will also star.

It's also DC Comics' first comedy series after television success with everything from 'Arrow' to 'Flash'.