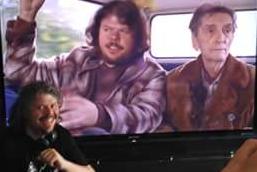 Jeremy Lindholm, an actor who appeared on an episode of 'Twin Peaks: The Return', has been arrested for attempted second degree murder after allegedly beating a woman with a baseball bat.

The Spokane, Washington police department reports that officers responded to a call from a local Spokane business around 5:40 p.m. on Wednesday for an alleged assault.

The call said that a man, identified as Lindholm was assaulting a woman with a baseball bat.

When officers arrived at the scene, Lindholm was fleeing out the back with the bat still in hand. He "quickly gave up" when officers confronted him in the alley and was taken into custody.