Trump Glad Ronda Rousey Lost Her Fight, Rousey Predicted How She Would Lose 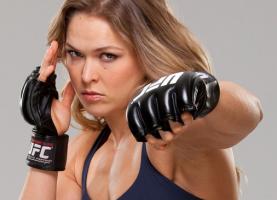 As you may have guessed, Rousey has previously criticized Trump.

"I just really wouldn't trust the guy with running my country, that's all," she said in July. "I'm not really going to get into specifics of it, but, I mean, I don't want a reality TV star to be running my country."

Meanwhile, interestingly, Ronda Rousey lost the match in exactly the fashion she predicted during an October appearance on 'The Tonight Show'.

"She's undefeated and an amazing athlete and I think the biggest threat, definitely, to me, especially on paper and stylistically," Rousey told Jimmy Fallon. "She's the type of fighter that you have to be very, very patient with."

"I feel like she's gonna try and like, keep distance and keep far away from me and get me frustrated until a point I'll make a mistake and she can try and kick me in the head."