Trump On Dunham Leaving Country If He Wins: 'I'll Be Doing A Great Service' 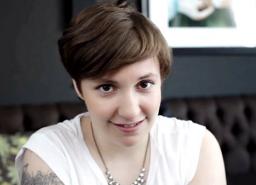 Donald Trump doesn't think much about celebrities threatening to flee to Canada if he becomes president.

During a chat with 'Fox & Friends', Trump was asked about Lena Dunham's remarks saying she was considering a move to Canada if Trump were to win.

"I know a lot of people have been threatening to do this, but I really will," she said. "I know a lovely place in Vancouver and I can get my work done from there."

Trump responded that he would actually be doing the country a "great service" if he made her leave.

"Well, she's a B-actor. You know, she has no, you know, no mojo," he explained. "I heard Whoopi Goldberg too. That would be a great thing for our country."

After the network put up a list of some of the other celebrities who had made similar comments, including Rosie O'Donnell, Trump joked that becoming president was now more important than ever.

"Now I have to get elected because I'll be doing a great service to our country," he said. "Now it's much more important."

"In fact, I'll immediately get off this call and start campaigning right now."