Trailer For 'The Expendables 3' Released 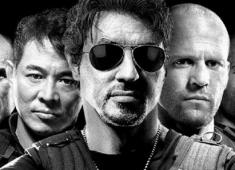 The trailer for the third installment of 'The Expendables' has been released.

The plot for the film focuses on Mel Gibson's villainous Stonebanks, who founded the Expendables with Sylvester Stallone's Barney before becoming an arms trader.

Stonebanks, who Barney thought he had killed, makes it his mission to end The Expendables — but Barney decides that he has to fight old blood with new blood, and brings in a new era of Expendables team members, recruiting individuals who are younger, faster and more tech-savvy.

The latest mission becomes a clash of classic old-school style versus high-tech expertise in the Expendables' most personal battle yet.

It has a release date of August 15.