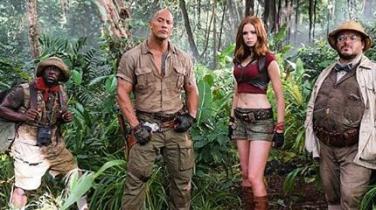 Sony Pictures has released its first international trailer for 'Jumanji: Welcome to the Jungle'.

The reboot updates the premise taking it from a board game to a video game world that those who play get sucked into.

They'll play as adult characters from the game to survive, which is where our stars come in to provide an added twist.