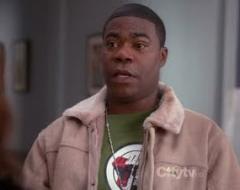 Actor and comedian Tracy Morgan has settled his lawsuit against Walmart over the highway crash that killed a colleague and left him seriously injured.

"Walmart took full responsibility for the accident, which we greatly appreciate," Morgan's lawyer, Benedict Morelli, said in a statement.

"They did right by me and my family," added Morgan, "and for my associates and their families. I am grateful that the case was resolved amicably."

Since the settlement was confidential, no details were disclosed by either side.

Morgan's lawyer has said the '30 Rock' star suffered a traumatic brain injury as a result of the head trauma, broken leg and broken ribs.

Walmart had already reached a settlement with James McNair's children in January. He was killed in the accident resulting from a Walmart truck slamming into the back of a limo van carrying Morgan and others.

The truck driver is facing several criminal charges, including death by auto.