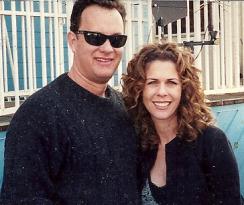 In the midst of promoting his book at the Texas Book Festival, Tom Hanks took some time to help a man with a surprise marriage proposal.

During a question and answer session at the Texas Book Festival about his new book, 'Uncommon Type: Some Stories', Hanks told the crowd he was bored of answering their questions and wanted to ask one of his own.

He went on to take out a paper and announced that Ryan McFarling in the crowd had a question for a woman: Nikki Young.

The question was: "Nikki, will you marry me?"

One festival-goer captured the moment on camera: