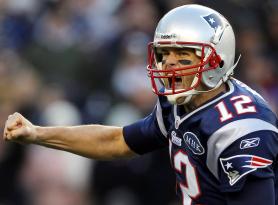 "We believe that Frosted Flakes is a food. Of course they taste very good. And of course all those companies make lots of money selling those things. They have lots of money to advertise."

"You'll probably go out and drink Coca-Cola and think 'Oh yeah, that's no problem.' Why? Because they pay lots of money for advertisements to think that you should drink Coca-Cola," he added.

"No, I totally disagree with that. And when people do that, I think that's quackery. And the fact that they can sell that to kids? I mean, that's poison for kids. But they keep doing it."

"That's the education that we get. That's what we get brainwashed to believe, that all these things are just normal food groups, and this is what you should eat."

In response, Coca-Cola said all of the its beverages "are safe and can be enjoyed as part of a balanced lifestyle."

Interestingly, Brady used to be a spokesman for Coca-Cola's Smartwater brand.