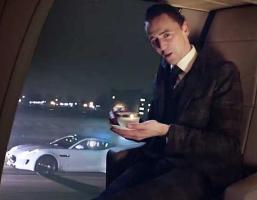 Thomas Middleditch and Tom Hiddleston appeared on the 'Late Late Show' together Monday night with conversations ranging from how Middleditch hijacked a group text for a film he wasn't in to Shakespeare.

Middleditch explained how he ended up on the group text and how he enjoyed being the one to annoy the others in the chain.

The 'Silicon Valley' star also spoke of his board game nights and improvised Shakespeare with Patrick Stewart.

He threw a bit of a shade at Hiddleston -- until the Marvel star proved he would be a perfect fit.