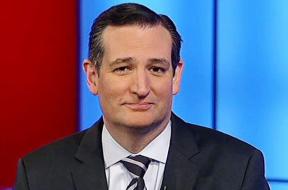 Ted Cruz was mocked on Wednesday night after he referred to a basketball hoop as a "basketball ring" in Indiana.

Both Jimmy Kimmel and Seth Meyers joked Cruz was sounding more like an alien than a Senator everyday.

"Reminds me of that great basketball documentary 'Ring Dreams,'" laughed Meyers. "Going down to the park, shooting some rings."

"Ted Cruz keeps giving us more reasons to believe he's one of those alien bugs from 'Men in Black.'"

Kimmel even sent a crew on the street to see if anyone else called it a "ring."