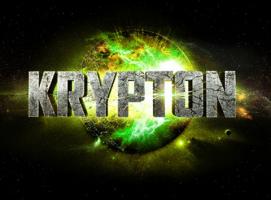 Syfy has released the first extended trailer for its Superman prequel 'Krypton'.

Set two generations before the destruction of the Man of Steel's home planet, it follows Superman's grandfather — whose House of El was ostracized and shamed — as he fights to redeem his family's honor and save his beloved world from chaos.

As you'll see in the trailer, 'Krypton' features fantastic cinematography and premieres March 21, 2018.