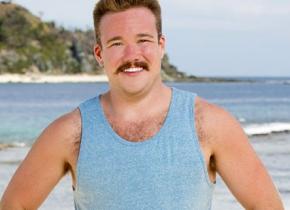 'Survivor' contestant Zeke Smith was outed as transgender by Jeff Varner in a shocking episode of 'Survivor: Game Changer' on Wednesday night.

While trying to save himself from elimination during tribal council, Varner told his team that the 29-year-old Smith was "deceptive."

"Why haven't you told anyone here you're transgender?," he asked him point blank in front of the entire tribe. "It reveals the ability to deceive."

However, Varner's plan severely backfired after other contestants leapt to Smith's defense and show host Jeff Probst chastised him.

Varner eventually apologized to Smith but it was too late and, in a rare move, Probst made the executive decision for Varner to leave.

After the episode aired, Varner issued a lengthy apology and called it "the worst decision of my life."

"Yep. I did that. And I offer my deepest, most heart-felt apologies to Zeke Smith, his friends and life allies, his family and to all those who my mistake hurt and offended," he wrote.

"I recklessly revealed something I mistakenly believed everyone already knew. I was wrong and make no excuses for it. I own responsibility in what is the worst decision of my life."

"Let me be clear," he said, "outing someone is assault. It robs a strong, courageous person of their power and protection and opens them up to discrimination and danger."

"It can leave scars that haunt for a lifetime. I am profoundly sorry. Zeke is a wonderful man and I will forever be amazed and inspired by his forgiveness and compassion."

"I thank God for that and the gift of being an example as to why you should never do what I did."

"We cisgender Americans live with an enormous amount of privilege and should spend time pondering how we can use that for greater good. When we disrespect or discriminate, or turn blind eyes to it, we wound all of us."

"I am deeply saddened at what my mistake unleashed and I promise to use its lessons to do the right thing."

Smith has said he didn't tell people because he didn't want to be branded the "first transgender Survivor contestant."

"I'm not ashamed of being trans, but I didn't want that to be my story," he tells People. "I just wanted to go out on an adventure and play a great game. I just wanted to be known for my game."