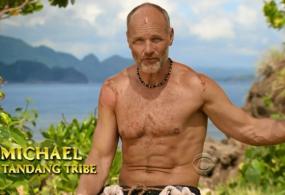 Former 'Survivor' contestant Michael Skupin, who was once medivacked after falling into a fire and burning his hands on the reality series, has been convicted of possessing child pornography.

Investigators discovered the material on Skupin's laptop while looking into fraud charges against him. He is accused of running a Ponzi scheme and is also due in court next week in that case.

He faces up to four years in prison for each count. His sentencing is currently set for December 27.