Survivor Contestant Fired From His Job After Outing Transgender Contestant 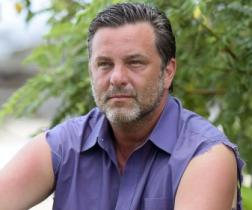 Survivor contestant Jeff Varner has been fired from his job, days after he outed transgender contestant Zeke Smith on an episode of the reality series.

Varner tells ET that he warned his company about the episode ahead of time but it didn't matter. He discovered he was fired when he couldn't access his work email.

"Then the MLS association emails to say, 'You've been terminated,'" he says. "I didn't even find out from my company. Suddenly my real estate license was inactive and my current clients left in the dark."

Varner says the company told him he was "in the middle of a news story that we don't want anything to do with."

"It took hours to get anyone with the company on the phone to tell me personally, and even longer to calm my clients, all of whom, by the way, are coming with me to my new firm."

Varner has publicly apologized for outing the contestant and called it "the worst decision of my life."