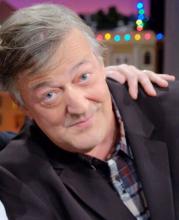 After asking Tracee Ellis Ross about her checklist for potential men, Stephen Fry shares his logic behind going celibate for 17 years.

The pair then go on to talk about their views on solo "sexy time."