Spacey Replaced by Christopher Plummer Weeks Before 'All the Money' Release 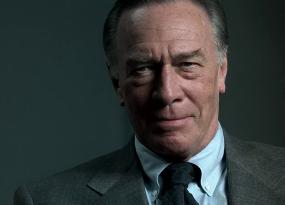 In an unprecedented move, Kevin Spacey is being replaced in Ridley Scott's finished film 'All the Money in the World' by Christopher Plummer just one month before its release.

All of Spacey's scenes for the upcoming Oscar hopeful are being entirely re-shot with Plummer to remove every trace of the 'House of Cards' star, who has become toxic in a matter of weeks.

It's reported the decision to remove Spacey was reached unanimously and co-stars Mark Wahlberg and Michelle Williams have also agreed to reshoot the scenes they filmed with Spacey.

The film tells the story of the kidnapping of 16-year-old John Paul Getty III and the desperate attempt by his devoted mother to convince his billionaire grandfather, who was to be played by Spacey, to pay the ransom.

Plummer was said to have been Scott's original choice but Sony Pictures insisted on a bigger name at the time.

The film is still currently scheduled hit theaters on December 22, 2017.