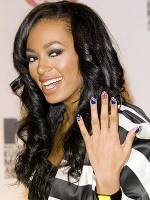 A surveillance video has surfaced that shows Jay Z being attacked by his wife's sister, Solange, in an elevator at the Standard Hotel in New York.

The video shows Solange entering the elevator in front of the rapper and physically attacking him by kicking and shoving until she is restrained by his bodyguard.

Beyonce, standing next to Jay Z, does not get involved in the altercation.

The Standard Hotel is obviously furious over the security breach from an elevator at a Met Gala afterparty, but in doing so, confirmed the authenticity of the video.

"We are shocked and disappointed that there was a clear breach of our security system and the confidentiality that we count on providing our guests," the hotel says in a statement.

"We are investigating with the utmost urgency the circumstances surrounding the situation and, as is our customary practice, will discipline and prosecute the individuals involved to our fullest capacity."

It's not clear what caused the altercation since there is no audio on the video and neither party is willing to comment.

However, after the event, Beyonce left in the same car as Solange while Jay Z left in a separate car.