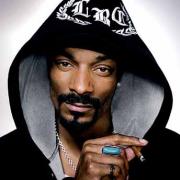 "Yo, what up. This Big Snoop Dogg. Represent the Punjabi. Aye ya, Hit em with this," the rapper says while introducing the title song to "Singh is Kinng," a Bollywood film that opens Friday.

In his appearance, Snoop wears an Indian kurta and trousers with a diamond-studded turban. He will appear in one of the movie's dance sequences alongside Akshay Kumar, the movie's lead star.

Snoop says he knows he has many fans in the India and that's one of the reasons he decided to make the guest appearance, and he plans to tour there very soon: "Snoop Dogg has a lot of fans in India and I love 'em right back. Get ready for me!"

It's customary to have song and dance routines mixed in with the action in Bollywood films. It is the largest movie industry in the world in terms of number of films produced, and all productions are done in Hindi.

See a short behind the scenes clip from the set below: