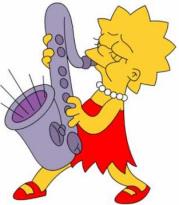 The episode was originally supposed to air in the show's fifth season. However, it was never produced after the singer objected to the script even after several writes were done.

The script pages featured Lisa dialing in to a radio contest to try and win Prince tickets before a spider sabotages her attempt and another in which Selma admits that she doesn't love all of Prince's songs, which Jean says the singer probably didn't appreciate.

A third page has Prince writing a special song for Lisa's birthday -- a gesture she joked she had grown tired of.

.@TheSimpsons possibly another objection Prince had to the script... pic.twitter.com/OgRxlZ5EKJ

Prince passed away last week at the age of 57.