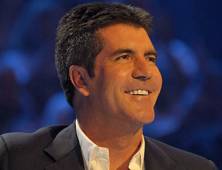 Simon Cowell and Lauren Silverman's camp has been saying she was on her way to divorce when she began a relationship with the 'X Factor' judge.

However, Cowell's once close friend and the husband of Lauren, who is pregnant with Cowell's baby, says that isn't true.

In divorce papers filed in New York two weeks ago, Andrew Silverman cites adultery as the reason for the split and names the producer as a co-respondent.

"It's really a signal to the spouse who cheated that the wronged spouse is very angry and that it's going to be a very nasty, scorched-earth, high-profile litigation," divorce attorney Martha Cohen Stine tells the New York Post.

Cowell was extremely close with the couple and just last year he accompanied them on a yacht during a St. Barth's vacation.

Obviously, since then he's gotten even closer to Lauren while his friendship with the real estate mogul has imploded.