Simon Cowell Apologizes For One Direction 'Who Misses Zayn?' Joke 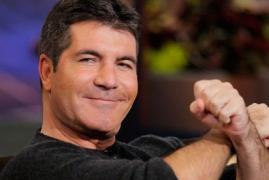 Simon Cowell isn's the first one to apologize but the former 'American Idol' judge is doing just that after an awkward joke at the Music Industry Trust Awards.

This after Cowell joked and said "who misses Zayn?" when called to the stage by One Direction, implying he was the band's unsung fifth member.

"Just my luck I get the award I've been wanting all my life and I'm completely hammered," he said while receiving the MITS for his contribution to the music industry. "Guys, who misses Zayn? We all get old but I've still got charisma."

In a radio interview, Cowell tried to explain himself: "I just kind of thought when I was standing on stage with them, that they were back to being five, and I saw myself as One Direction for a moment."

"That's when I made that quip, 'Who needs Zayn?' which of course backfired hugely. So I apologize to any Zayn fans out there — it was meant as a joke."

Zayn Malik left the group this past March.