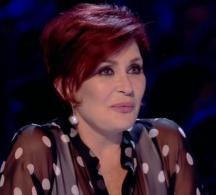 Sharon Osbourne broke her silence on her husband Ozzy's sex addiction on Wednesday's episode of 'The Talk'.

"He's been going to outpatient for sex addiction for the last three months and after the tour... he goes into inpatient for three months," she began.

"He's working at it. It's hard because it affects the whole family and it's quite embarrassing to talk about. I'm proud that he's come out and admitted it, finally."

"Somehow drugs and drink is more acceptable, but when it's somebody that has a sex addiction it's embarrassing."

Sharon joked: "I think he should call Tiger Woods for some advice!"

"It's really hard to kind of sit here and you think it's happening to somebody else but it's actually happening to you and to happen at this far in a relationship and it's been, you know, it's been going on for at least six years."

The pair is continuing the work on their marriage after splitting up in May after Sharon discovered her husband was having an affair with celebrity hairstylist Michelle Pugh, which was apparently just one of many.

Ozzy admitted as much in a recent statement about his affliction.

"Ozzy Osbourne has been dealing with a sex addiction," his representative said in a statement. "He is sorry if Ms. Pugh took their sexual relationship out of context."

"He would like to apologize to the other women he has been having sexual relationships with. Out of the bad comes good. Since his relationship with Ms. Pugh was exposed, Ozzy has gone into intense therapy. Ozzy is mortified at what his behavior has done to his family. He thanks God that his incredible wife Sharon is at his side to support him."