Shania Twain To Appear As Mentor On 'The Voice' 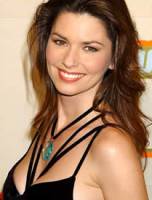 Shania Twain will appear as a mentor to the finalists on 'The Voice'.

"Excited to announce that I'll appear on The Voice this month, as a mentor to the finalists. Tune in on Monday 24th April at 8 PM," Twain first announced on social media.

Twain, who has been awarded CMT's Artist of a Lifetime Award and the Icon Award at Billboard's Women in Music ceremony, previously appeared on 'American Idol' in a similar role.

The remaining contestants on the NBC series are competing for a spot in the Top 12 during the live playoffs.