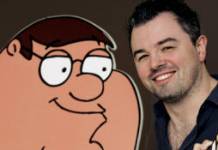 Since Kevin Spacey's downfall, some 'Family Guy' fans have pointed out that the animated comedy hinted at the actor's misgivings back in 2005.

In a scene from the episode, Stewie runs through a store yelling: "Help! I've escaped from Kevin Spacey's basement! Help me!"

However, Seth MacFarlane says the show is receiving more credit than it deserves.

"I don't remember who pitched the joke," MacFarlane said when asked about it at a TCA event this week.

"I remember when it got pitched, that was a rumor I had not heard, but people in the writer's room had. And it had to be sort of explained to me."

"I was just watching this all happen from afar. I don't know that there's a lot of research against it. I think it's sort of the modern thing where it's more important to be first than it is to be right," he said candidly.