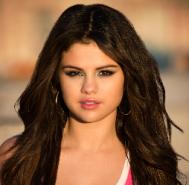 ) has desires about getting back into the dating game but the actress says she finds it tough because of her status as a celebrity.

"I hate it. It's hard," the 23-year-old tells InStyle. "I'm weirded out by the idea that a guy has Googled me before we meet, and that has happened."

"I feel like I look 16 sometimes, which is a bummer because I would love to date older guys," she admits.

As for her often speculated relationship with Justin Bieber, Gomez says: "I'm just tired of talking about it. I never intended for my life to become a tabloid story."

She also aims to shut down rumors she's dating Zayn Malik while simultaneously expressing interesting in dating the former One Direction member.

"If he had asked me out on a date, I would be seen with him. Just kidding, but not kidding," she clarifies.