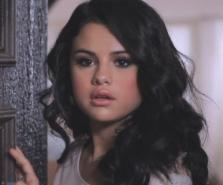 ) chose to directly respond to a girl who told the former 'Spring Breakers' star that she should "burn in hell with cancer."

The girl had left the comment on one of Gomez's photo on Instagram. So the 21-year-old went straight to her page and left a comment of her own.

She then shared her comment with her nearly 11 million followers, with the girl's photo on the top right, to publicly shame her.

"The comment you left about cancer was absurd. How distasteful of a young woman," Gomez wrote. "I have gone through that battle with fans and family members. You can dislike someone but to wish something that could happen to you or your family is uncalled for sweetheart."

"You won't be winning 'anyone's' heart that way," she continued. "Trust me. Educate yourself a tad more. God bless love. Be an amazing woman. You're beautiful."

Some fans applauded the singer's response while others accused her of being a hypocrite for speaking out against bullying after publicly humiliating the girl. 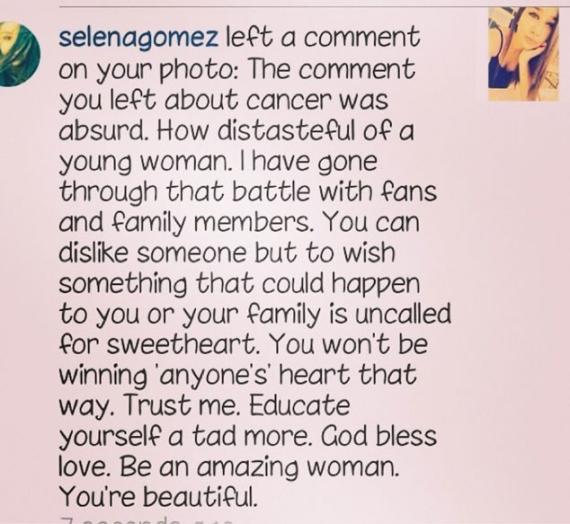