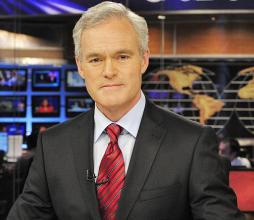 Scott Pelley is out as 'CBS Evening News' anchor and will be relegated to working on '60 Minutes' full-time.

CBS, whose evening news is third to ABC and NBC, is expected to officially announce Pelley's departure Wednesday.

This after multiple sources confirmed the news following a New York Post report that Pelley's office was being cleaned out on Tuesday.

Pelley, who is currently on assignment for '60 Minutes', is expected to temporarily continue to anchor the program until a replacement is found.