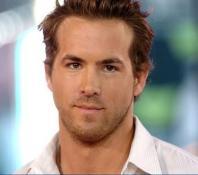 The actor donated $5,000 to the Salt Lake City-based Brewvies, a theater that permits alcohol to be sold on premises. The cinema is facing a revoked liquor license, cited under a Utah obscenity law, for serving drinks during a screening of 'Deadpool'.

Brewvies is facing a fine of up to $25,000 and could lose its liquor license after undercover officers attended a screening of the R-rated film. The obscenity law is generally reserved to regulate strip clubs.

"Thank god, they've found a way to legislate fun," Reynolds sarcastically wrote on social media as he gave $5,000 to the fundraising website set up to help the theater.

"The main character (male) in the film is shown numerous times engaging in acts or simulated acts of sexual intercourse with the female counterpart during a holiday themed sex-montage," reads the report.

Brewvies wants to fight the case in court because it believes 'Deadpool' isn't obscene and Utah is restricting free speech. It adds it was "coerced and intimidated" into a $1,600 fine using the same law in 2011 while showing 'The Hangover Part II'.