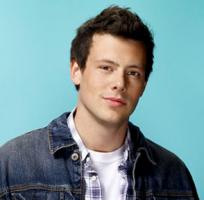 Ryan Murphy has revealed details about the emotional episode that will say goodbye to Cory Monteith‘s Finn next season.

Monteith died in his in Vancouver hotel room of an accidental drug and alcohol overdose last month.

Murphy says at one point the show was going to have Finn die the same way. But they eventually decided against to deliver a different message.

"We've been holed up writing the memorial episode. There were a lot of things that we had to decide — how are we going to deal with his death? At one point, we were going to have his character die after an accidental drug overdose — that was something we had considered," Murphy tells Deadline.

"But we have decided that we're not going to have him pass from that. Basically, what we're doing in the episode is we are not telling you yet, or maybe not at all, how that character died. The idea being, how somebody died is interesting and maybe morbid, but we say very early on in the episode, 'This episode is about a celebration of that character's life.'"

"That might be weird for some people, but it felt really exploitative to do it any other way."

"The cast and crew have had solace in being together. They've been holed up doing those Beatles numbers. There's been tears on set. It's been hard for a lot of people. But the really difficult thing is coming. We start shooting the memorial episode this week. We're just now finishing it, and at the end of the week we'll send it to the studio to get their approvals."

"But I think it turned out to be a lovely tribute, and it's a very heartfelt look at how young people grieve. After that, we're going to take two weeks or three weeks down to get our heads together because it's been a really hard thing to write."

"We loved Cory and we loved Finn and it feels like a huge loss and a huge heartache not to have either of them around. We're trying to craft an episode that's not just about us grieving but about a lot of the young fans grieving."

'Glee' has already announced that the fifth season will be slightly delayed due to the two to three week hiatus Murphy mentions. The Fox show will premiere on September 26.