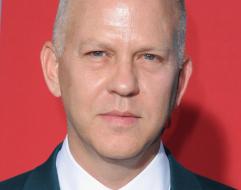 In an appearance on 'Watch What Happens Live', the producer revealed that seventh season of the FX series will tackle the election that saw Donald Trump defeat Secretary of State Hillary Clinton in what was truly a "horror story" for many in Hollywood.

"Well, I don't have a title but the season we begin shooting in June is going to be about the election that we just went through," Murphy told host Andy Cohen.

"It's going to be about the election that we just went through so I think that will be interesting for a lot of people."

Asked whether that meant the series would portray Trump, Murphy would only say "maybe."