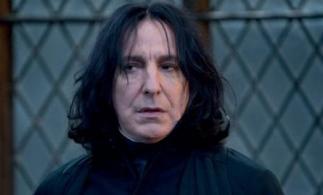 Alan Rickman passed away earlier this month and while 'Harry Potter' fans will always keep his memory alive as Severus Snape, fans have always wondered about the secret the actor says JK Rowling told him.

While filming the franchise, Rickman said that Rowling let him in on a "tiny, little, left-of-field piece of information" to help him better understand the character before the story was finished.

Now in an answer to a curious fan, Rowling has revealed that "I told Alan what lies behind the word 'always.'"

Rowling is, of course, referring to Snape's reply when Dumbledore asks him whether he's still in love with Harry Potter's mother "after all this time?"

Snape replies "Always," letting fans know in just one word that he's actually been on Harry's side and working as a double agent throughout the series against Lord Voldemort.

Rickman, who passed away at the age of 69, said the information "helped me think that he was more complicated and that the story was not going to be as straight down the line as everybody thought."