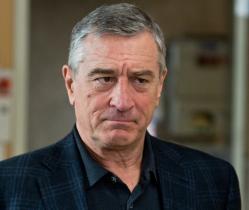 Robert De Niro is praising Meryl Streep's speech at the Golden Globes, in which she attacked President-Elect Donald Trump.

The 73-year-old actor, who is no fan of Trump, voiced his support for Streep on Monday.

"What you said was great. It needed to be said, and you said it beautifully," says De Niro.

"I have so much respect for you that you did it while the world was celebrating your achievements. I share your sentiments about punks and bullies. Enough is enough."

"You, with your elegance and intelligence, have a powerful voice – one that inspires others to speak up as they should so their voices will be heard too. It is so important that we ALL speak up."

De Niro and Streep have co-starred in four films. He was an extremely vocal critic of Trump ahead of the election and has said he wishes he would've punched the real estate mogul before he was elected President.