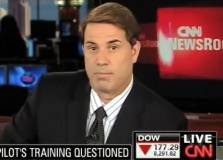 Fired CNN correspondent Rick Sanchez, in an interview Friday morning, said he would "absolutely" return to CNN if given the chance.

"I was tired, working 14-hour days for two and a half months," Sanchez said. "My daughter had a softball game I desperately wanted to go to, and I was a little impatient. I said some things I shouldn't have said. They were wrong. Not only were they wrong, they were offensive."

"I am very much opposed to hate and intolerance, in any form, and I have frequently spoken out against prejudice. Despite what my tired and mangled words may have implied, they were never intended to suggest any sort of narrow-mindedness and should never have been made."

He admitted when he did the radio interview, "I went in there with a chip on my shoulder. I was a little bit angry."

"Is that really fair? Why is it always me?" he said, trying to account for his response on past occasions when Jon Stewart singled him out on 'The Daily Show'.

"I was wrong to scapegoat Jon Stewart. I was feeling a little bit put out. I externalized the problem and put it on Jon Stewart's shoulders. I was wrong to do that. When I called Jon Monday and said, 'Why do you always pick on me?' And he said, 'You're the one I like'... The guy's been so good."

He said he personally apologized to Jon Stewart, "I learned later that Jon Stewart is the classiest guy in the world."

Asked where he got the "chip on his shoulder," Sanchez told a story about when he was growing up in a poor family in Florida. One day he'd helped his father deliver furniture, and asked a lady at a Boca Raton residence for a glass of water. She said "no, you go and drink outside from the water hose."

When Sanchez asked his dad why he was treated that way, his father replied, "because in America you have to become somebody to gain respect."

"And that stayed with me — I feel a little challenged," Sanchez said.

Sanchez also spoke about inequality issues in media, contending that there is not a single Hispanic, African American or Asian-American hosting a cable newscast in primetime.

"It's significant that we do have some representation," he said. "I want to ask it without being afraid to ask the questions that sometimes people are afraid to ask, and I think we don't do enough of that in our business. We should address real issues, and sometimes I get into trouble because I confront those issues."

He said he harbored no ill-will towards CNN and called it "a wonderful, wonderful organization that treated me well."