Regis Philbin Tells David Letterman They Should Be 'The Odd Couple' 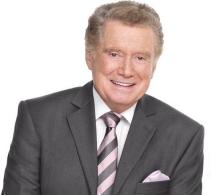 Philbin says he filmed a scene as a homeless flasher who lives in the subway for the upcoming series.

Letterman also tried to invite Philbin for dinner but the former 'Live' host said he had other plans.