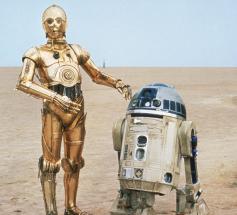 The R2-D2 droid that was used in the 'Star Wars' films has been sold at auction for $2.76 million.

The 43-inch tall unit that was used for the filming of the original trilogy was sold at auction house Profiles in History on Wednesday.

It was the most expensive prop offered from the franchise with other items including Luke Skywalker's lightsaber, Darth Vader's helmet and several Imperial and Rebel weapons.

The sale even beat the expectations of the auction house, which had been hoping the droid would sell for an estimated $2 million.