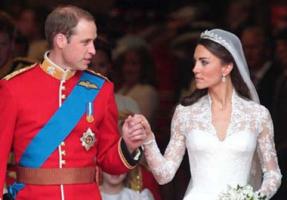 In a statement read at the opening of the case brought over pictures of the Duchess of Cambridge sunbathing topless, William described the violation of their privacy "particularly shocking".

The photos were taken with a telescopic lens on the terrace of a private chateau during a vacation in Provence, southern France.

"In September 2012, my wife and I thought that we could go to France for a few days in a secluded villa owned by a member of my family, and thus enjoy our privacy," he said.

"We know France and the French and we know that they are, in principle, respectful of private life, including that of their guests. The clandestine way in which these photographs were taken was particularly shocking to us as it breached our privacy."

The magazine's lawyers say the Royal couple should not have an expectation of privacy.

"Two billion people watched their wedding, and we even have photos of them arriving at the maternity, leaving and now Charlotte's second birthday," they said.

"It's of public interest to know that the potential future heirs to the throne have a solid relationship and are getting on well. It's all part of the royal business."