'Pitch' Cancelled After Just One Season By Fox 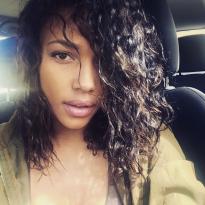 Fox has cancelled baseball drama 'Pitch' after just one season.

"I'm sorry to tell you that 'Pitch' will not be getting a second season," showrunner Kevin Falls told fans on Monday.

'Pitch' was produced in partnership with Major League Baseball but didn't deliver in the ratings up against Thursday Night Football on CBS.

"Pitch is officially no more. Fox, in their infinite, but not so wise wisdom, has decided to cancel Pitch," co-star Dan Lauria explained. "I knew the longer they took the less chance we had but I did have renewed hope when Thursday Night Football had been cancelled."

"We would have done better without even having a new time slot. Excuse me, I'm being logical."

'Pitch' star Kylie Bunbury shared a photo of herself in the outfield at San Diego's Petco Park, one of the MLB parks where the series filmed and expressed: "My heart is heavy. Ginny Baker has profoundly changed my life and I am so grateful to have had the opportunity to play a role that resonated with so many people."