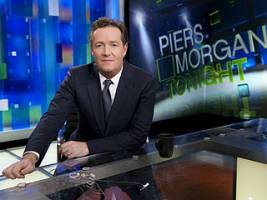 "Breaking news: I am no longer a CNN employee," Morgan said on Twitter Tuesday.

The British host says he was offered a new 2-year deal but declined it to try "pastures new."

"I was offered a new 2-year deal by CNN boss Jeff Zucker to host 40 big interview 'specials,'" he said. "But after considerable thought, I decided not to accept it - and to try pastures new."

"I had a fantastic time in my 4 years CNN and have huge respect for Jeff and all the people who work there. Great company, great network."

But Morgan then warned the NRA not to "crack the champagne open too quickly though... I haven't finished with you lot yet."

After butting head several times with NRA supporters during his run, Morgan ended his last 'Piers Morgan Tonight' with another plea for stricter gun control.