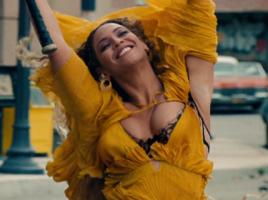 In an opinion piece for the Daily Mail titled "Jay-Z's not the only one who needs to be nervous about Beyonce, the born-again-black woman with a political mission," Morgan says the singer has changed since he met her at President Barack Obama's inaugural ball in 2008.

He says Beyonce was a "bright, warm, funny, sharp" star who took "pains to be seen as an entertainer and musician and not as a black woman who sings." But now she had turned into a "militant activist."

He recalls her saying: "I feel like with my career I've now broken barriers. I don't think people think about my race. It's not about color and race, and I'm happy that's changing."

"Now, it seems to be the complete opposite," Morgan writes. "The new Beyonce wants to be seen as a black woman political activist first and foremost, entertainer and musician second."

Morgan wonders about Beyonce's intentions for showing the grieving mothers of Mike Brown and Trayvon Martin in her video for 'Lemonade', saying they were exploited to promote her album.

"I have huge personal sympathy for both women and there is no doubt that African-Americans have been treated appallingly by certain rogue elements within the country’s police forces," he says.

"But I felt very uneasy watching these women being used in this way to sell an album. It smacks of shameless exploitation."